Carlo R.W. de Meijer is an independent Economist and Senior Researcher. He received a Master's degree (cum laude) in International Economics at the University of Tilburg in 1977.
During his career of almost forty years at ABN, ABN AMRO and Royal Bank of Scotland, Carlo has held a large number of posts in the banking sector, both as a senior economist and as a private investment advisor. Between 1990 and 2000 he has been a member of various national and European committees and working groups preparing the launch of the euro including EBA, Association for the Monetary Union of Europe (AMUE), Federation Bancaire, VNO NCW, SER etc. .
Till 1 October 2015 he worked at the Market Engagement Department of Services Payments at the Royal Bank of Scotland. Carlo has published many articles on various international and financial topics. His main areas of focus are the payments, securities/derivatives, trade finance, supply chain finance, standards and cash management environment and its developments. He has also been one of the editors, next to Steve Everett and Willem van Alphen, of the International Cash Management Handbook 2013.
Carlo is member of the editorial board of the Henry Stewart Journal of Securities Operations & Custody. 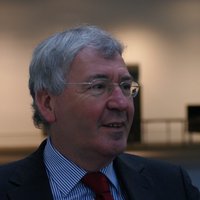 Bitcoin and Regulation: Towards a Balanced and Coordinated Approach

Feb. 4, 2021 • Carlo de Meijer
From the protection to investors to the fight against illegal activity
Read more »